The state’s tendency to underspend on housing budgets means some R400m will be returned to National Treasury – while the housing backlog, estimated at up to 4m units, continues to grow. Image: iStock

South Africa’s building industry is in dire straits, with confidence among major contractors declining to record low levels as a result.

The latest FNB-Bureau for Economic Research (BER) building confidence index released on Tuesday reveals that confidence declined in the third quarter to 35 index points on a 100-point scale from 39 in the second quarter of 2021.

This means that across the building sector pipeline, 65% of respondents are dissatisfied with prevailing business conditions, said FNB/BER. Confidence among main contractors slipped to 18 in the third quarter from 22 in the second quarter.

FNB senior economist Siphamandla Mkhwanazi said sentiment in the building sector remains downbeat, which is partly due to the moderation in main contractor activity, resulting in profitability coming under noticeable strain.

However, Mkhwanazi said other factors not explicitly captured by the survey have also dampened sentiment.

“These include delays in the municipal approval of projects, the so-called ‘construction mafia’ and government inaction regarding the rollout of key building projects.

“This contrasts with the more upbeat results for the retail hardware sector. This, however, may not be sustained for much longer,” he said.

BER senior economist Craig Lemboe said business confidence in the construction industry has reached record low levels as the combined effect of the sector’s general state of decline and the unexpected shock of mass riots, which knocked business confidence hard in the third quarter of 2021.

Lemboe made this remark last week during a webinar on the role of construction in the economic recovery of South Africa, hosted by Construction Alliance South Africa (Casa).

“This is the lowest of all sectors, signifying deep concerns among respondents that business conditions in the construction industry are not conducive for the country’s planned infrastructure rollout programme,” he said.

Participants in the webinar highlighted that the lack of business confidence among building contractors resulted from the absence of a sustainable pipeline of projects, slow movement in awarding contracts, unending extension of validity on submitted tenders and tender cancellations.

Casa chair John Matthews said the lack of a consistent flow of work is a key factor affecting building contractors.

“There are gazetted Strategic Infrastructure Projects that we still don’t know when they will go to tender or be awarded. This makes planning impossible,” he said.

Matthews added that while the building sector was not spared the impact of Covid-19 and the subsequent lockdowns, it was in a general state of decline prior to 2020 due to a number of issues, including a lack of work, low productivity, lack of innovation, the slow pace of transformation, industry disunity and corruption among others.

Mkhwanazi echoed these views on Tuesday, stating that the lower main contractor sentiment was underpinned by a slowdown in activity.

However, Mkhwanazi said of greater concern is the more severe pressure on overall profitability.

He said the activity and profitability indices usually move together, and while this is still the case, the extent to which the profitability index declined has far exceeded that of activity over the past few quarters.

“This divergence suggests that contractors are unable to pass the higher input costs on to clients and seem to be absorbing these costs instead to maintain competitiveness,” he said.

Elsie Snyman, chief executive of construction industry market intelligence firm Industry Insight, said private sector building plan approvals over the past 12 months remain near record lows although there has been some improvement since 2020.

Snyman said the market is currently at 78% of levels reported between 2014 and 2018, which was already a dire situation.

“Approvals are currently on par with developments in the early 1990s, when the population was half of what it is now at around 40 million,” she said.

Snyman said the nominal value of building projects awarded in July 2021 was on par with the disappointing level in June 2021 and remained below R2 billion.

However, she said an unusually high 41% of awards did not have a published value, which could be a contributing factor.

She said cancellations on average have improved compared to 2020 but concerningly remain about 160% higher than in 2019.

Snyman said new Minister of Human Settlements Mmamoloko Kubayi announced that delivery of social housing will be accelerated and that the tendency to underspend on housing budgets must be rectified.

However, Snyman said about R400 million will again be returned to National Treasury in the 2020/21 fiscal year for not being spent, while the housing backlog continues to grow and is currently estimated at between 3.5 and 4 million houses and said to grow by 178 000 each year.

These views are in stark contrast to those of Minister of Public Works and Infrastructure Patricia de Lille, who told the National Council of Provinces last week that South Africa’s infrastructure drive to revitalise the economy and create employment is gaining momentum.

Mkwanazi said the lower confidence of building material manufacturers was underpinned by weaker production and a worse-than-expected outcome for domestic demand.

Confidence levels among hardware retailers, after rising to 65 in the second quarter of 2021, improved by a further 12 index points in the third quarter to 77, the highest level since 2007.

“The factors driving hardware sales such as DIY projects, additions and alterations and the informal building sector may be running out of steam if the recent commentary by some of the larger listed firms [is] anything to go by.

“However, the third quarter survey results suggest nothing of the sort as yet,” he said.

This article first appeared on Moneyweb 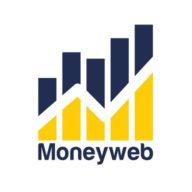