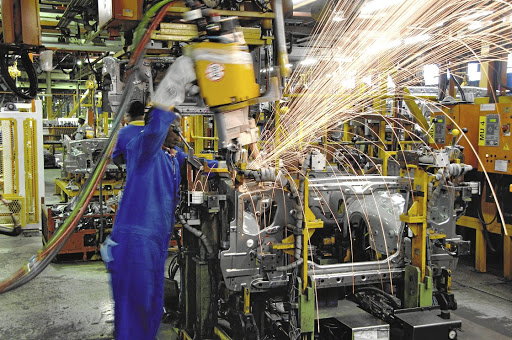 Incentivised manufacturing is the key to economic growth, says the writer. Picture: SUPPLIED

Employers in the metals and engineering sector got a reprieve from unions’ demands for higher wages after entering into an agreement to freeze wages until 2021 due to Covid-19.

The National Union of Metalworkers of SA (Numsa), the largest union in the sector, said the wage-freeze agreement was  brought on by the lockdown that came into effect in March as the government moved to limit the spread of the coronavirus in the country.

In a statement issued in July, Seifsa CEO Kaizer Nyatsumba said: “A rolling over of the current terms and conditions of employment over the next 12 months would not include any adjustment to wage levels.”

Numsa spokesperson Phakamile Hlubi-Majola told Business Day on Tuesday evening that they had accepted Seifsa’s proposal to defer the 2020 wage negotiations and for the terms and conditions of the current wage agreement to be extended until June 30 2021.

“This agreement was necessitated by fact that Covid-19 prevented us from mobilising our members to seek a mandate, and from holding the national bargaining conference to determine what the [wage] demands should be,” said Hlubi-Majola.

“Another issue we had to consider is the economic impact the lockdown has had on most companies in sector.”

The coronavirus pandemic has dealt a heavy blow to SA, with the economy expected to suffer a 7% or double-digit contraction for 2020 as well as huge job losses.

Hlubi-Majola commended the decision to extend the current agreement to next year because by doing so “we will be keeping the status quo and maintaining the [living] standards of our members during this time”.

Willie Venter, trade union Solidarity’s deputy general secretary for metal and engineering industries, said the parties were meant to start wage negotiations around the same time the lockdown was announced in March.

“We are more than agreeable to this agreement because we were able to keep the conditions of employment intact,” he said.

“We are looking forward to a more normal platform to start negotiations in 2021.”

National Employers’ Association of SA CEO Gerhard Papenfus said in a note on Tuesday: “A wage freeze at this point will do very little to assist Seifsa employers, which are now, once again, bound to this agreement.” He described the agreement as “destructive, unaffordable and anti-competitive”.

“The wage-freeze concession by the unions may seem beneficial on the short term but they can rest assured, come next year, the unions will claim their pound of flesh.”